Why buy from us?

*Results May Vary From Person to Person

IT'S NEVER TOO LATE

*I was already 40 when I finally met and married the love of my life, Ian. We both wanted a family and knew there was no time to lose. I’d had my hormone levels tested recently and assumed we were good to go. I had a few friends over 40 who had been successful - so I was hopeful.

After over 6 months of trying I thought we might need some help. We went back to our doctor to see what was available. Our doctor wasn't very encouraging about the prospects of success but she did offer to retest my LH and FSH levels and also sent Ian to get his sperm tested.

Those results were not good. My hormone levels had risen and Ian’s sperm test showed low motility and morphology. We made some changes to our diet, cut back on alcohol and caffeine. And I started researching supplements for fertility. I was glad to find FertilitySmart which had everything I was looking for. We ordered a 6 month supply for each of us.

Four months later we went back to our GP and were delighted with the test results. Ian’s sperm had improved dramatically and my hormone levels were back to normal! When I told my doctor about the FertilitySmart supplements she said to keep taking them.

The following month, my period was late for the first time since starting FertilitySmart. Ian’s first words when he got home were “Well, what if you’re pregnant?” I hadn’t even considered that! Waiting for the results of that pregnancy test was the longest three minutes of my life. I burst into tears when I saw result and so did Ian. Nine months later we were blessed when our beautiful son, Daniel was born. I’m grateful everyday for this miracle. 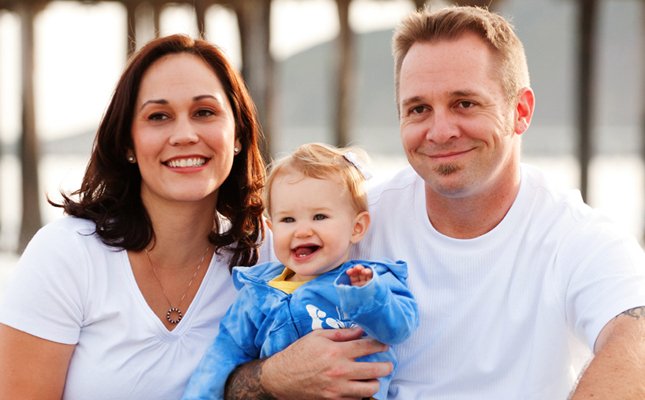 *Unexplained infertility is not much of a diagnosis. All our tests results were normal and ‘as far as they could tell there was no reason why we should not get pregnant and we should ‘keep trying”. We’d ‘kept trying’ for over two years. Two years of congratulating friends on their pregnancies and attending baby showers, with everyone saying ‘it’s your turn next’. I had just turned 30. Jim and I both wanted a big family and we wanted to be young parents. Time was running out on our plan.

Over a tearful lunch with my sister, she told me about a friend who had finally conceived and who credited her success to a natural supplement. That was how I found out about FertilitySmart. To be honest I wasn’t expecting much but I figured it was worth a try.

Long story short, within 5 months we got our long hoped for positive test. I tried desperately not to get my hopes up. We’d got this far before. It wasn’t until after the 12 week scan and that first look at our little ‘bean’ that I finally let myself believe it. Our ‘bean’ is now a beautiful, funny, bundle of crazy energy – Lily Anne our precious daughter. We have just started on another course of FertilitySmart as we try for a little brother. Fingers crossed.

IT WORKED FOR US

*Ever since I was a little girl I knew I wanted to be a mother. But I was diagnosed with endometriosis when I was 25 and by the time I was 27 I had had several surgeries to remove the endometriosis and fibroids, followed by more surgery to remove the scar tissue. I knew it might be difficult for me to have children after that.

Patrick and I didn't start trying straight away. I was nervous and just wanted to enjoy being married for a while. After a couple of years we decided it was time and I came off birth control. I fell pregnant pretty quickly, after only a couple of months but it didn't last. I had another early miscarriage a few months later and then nothing for almost a year.

In the meantime I started seeing a naturopath who suggested we make some changes – eat organic food, nightly fertility massage to improve blood flow and timing our babymaking to match my cycle. She also suggested we use supplements to improve our chances and the supplement she recommended was Fertilitysmart.

I didn't notice much difference to begin with. My ovulation was all over the place and my periods were still painful and heavy. But after 3 months it started to settle down and was better than it had ever been with no spotting or mid cycle cramps. A miracle in itself.

Our first try with FetilitySmart didn't result in a pregnancy but our second attempt did. Our joy was unbounded and our prayers answered. At the ultrasound they told us we were pregnant with twins. Oh my!! Double blessings.

It was a difficult pregnancy, I had bleeding in the first trimester and later developed gestational diabetes. Our boys were a little too eager to meet us and we almost lost them when they arrived 10 weeks early. I'm happy to say that it all turned out fine. God blessed us with two hearty and healthy boys and we are the proudest parents that could be. 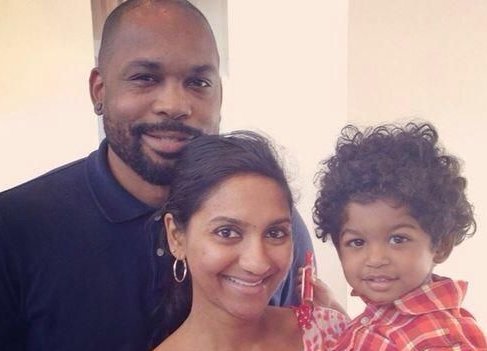 If only everything in life worked according to plan!

*Like a lot of people I assumed that getting pregnant would be easy. And it was the first time. Within two months I was pregnant with our son, Jackson. I had an easy uncomplicated pregnancy and birth. Two years later I assumed it would be just as easy.

How wrong I was! We tried for 6 months with no success. Tests showed I was no longer ovulating consistently. My cycle had been irregular since I was a teenager so I hadn’t thought it mattered.

We did the usual tests, including a Hystero-salpingogram which showed I had a blocked fallopian tube. We also learned that Rich had a borderline low sperm count of 15 million.

We were pretty disheartened by now. We realized how lucky we were to have one child but I wasn’t ready yet to give up. To be honest the stress of having another child was starting to take its toll on our marriage. Then my mother called. She had read an article in the paper about natural supplements to help with infertility, especially low sperm count and irregular menstrual cycles. A couple of days later a box of FertilitySmart appeared on our doorstep.

It took a few months but, to my surprise, my periods gradually became more regular, with cycles of 28-30 days exactly. When I finally bought an ovulation kit, it showed I had started ovulating. Rich decided to have another sperm test and his sperm count had gone up to over 30 million! We kept taking the FertilitySmart and ordered some more. I’m happy to say with the help of FertilitySmart we are now expecting another baby – a longed for sister for Jackson.

*Hi there, I wanted to share my story as it might help others. I have been struggling with infertility for years. I became pregnant a couple of times but both times resulted in a miscarriage at 6 weeks. All the tests I had done came up negative so there was no explanation for what was happening with me. Because of my age (I am 37) I was worried that it was too late for me. I started looking online for something that could help improve my fertility. When I read about Fertilitysmart it sounded promising, especially for older women. I started taking it in April and in July I found out I was pregnant again. Because of the previous miscarriages we decided to have an early scan and saw a heartbeat for the first time. Just passed the 12 week mark and have finally the courage to tell family and friends. Thank you to the makers of Fertilitysmart.

*I'm pregnant! I never thought I'd be able to say that. I suffer from PCOS, polycystic ovary syndrome which is basically an severe imbalance in hormones. It means I don't ovulate regularly and am prone to cysts on my ovaries. I've been told that conceiving naturally is next to impossible. Before starting with Fertilitysmart it was normal for me not to have a period for months at a time. I'm lucky because I do sometimes ovulate – some women with PCOS never ovulate. Because of this I thought it might be worth trying the Fertilitysmart supplement to see if I could balance my hormones this way before going on fertility treatment. It worked. Blood tests showed my hormone balance was almost normal and my periods became more regular. Six months later I got a positive on a pregnancy test. It's still early days but I'm hoping for the best.

*My name is Oscar and I have teratozoospermia. My sperm count is normal but most of them are abnormal shapes. My wife and I had been trying for a long time to have a baby without any luck. We were both in ou's when we started trying and, being a guy, I assumed the problem was with her. I was pretty upset when I found out it was me. My wife put me on a diet (I was about 50 lbs overweight) and made me cut out the weekend beer(s). She also insisted I take some supplements, like zinc and folic acid. That helped a little but it was only after starting on the Fertilitysmart pills that things really changed for the better. I'll never have super sperm but at least the little guys now have what it takes. We are expecting a baby in two months time. It's a boy :) My wife made me write this.

*I'm delighted to tell you that after 6 years, acupuncture treatments, spiritual cleansing and who know what else, we are finally pregnant the old fashioned way thanks to your supplements. We really had tried everything and were on the point of giving up. Thank goodness we found Fertilitysmart before we did.

*My fiancé and I had been trying for a baby for over 10 months without any luck. My GP suggested that the problem may be due to a luteal phase defect as a result of my age, over 35. My cycle had become quite irregular and my progesterone levels were deemed likely too low to sustain a pregnancy. I had already reduced my amount of exercise as I had been a keen marathon runner in the past but clearly I needed something else. I tried a couple different products that I found online but nothing happened. My fiancé found the link and decided after reading reviews that it would be worth a try. We ordered them and both took the month supply. It seemed to be helping regulate my cycle so we ordered another month supply and before we got them I found out I was pregnant.